The Earls High School has a number of facilities for clubs and individuals to hire. Facilities are available for hire throughout term time including weekends (with the exception of Bank Holidays) from 6.00pm–9.00pm Monday – Thursday, 6.00 pm – 8.00pm Friday and 9.00am–6.00 pm Saturday and Sunday. Requests for bookings outside of these times will be considered on a case by case basis.

Individual bookings for a one-off event or block bookings are available and will be confirmed and accepted on receipt of a completed booking pack. Payment for hire is made in advance unless credit terms have been agreed and will be requested by invoice.

NB: School events will take priority over external bookings. However, where a booking coincides with school events, clubs/individuals will be given as much notice as possible, and we will endeavour to make alternative arrangements to minimise any inconvenience. 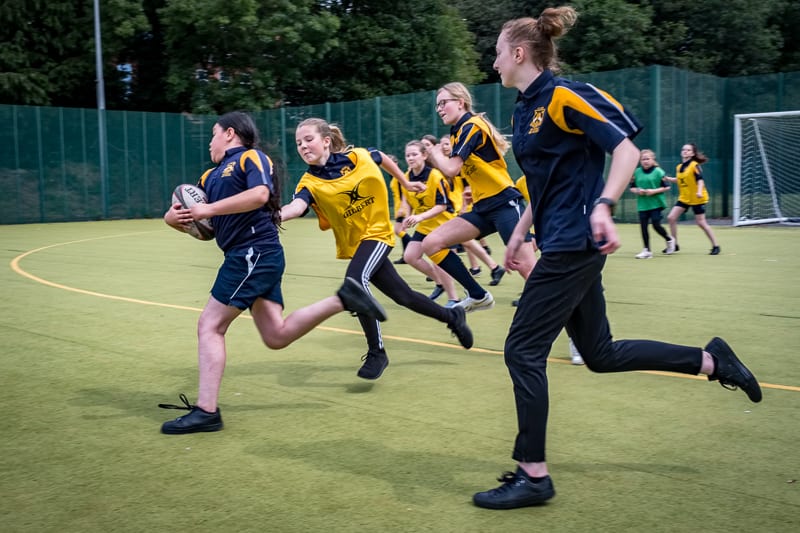 All Weather pitch
The Astro Turf pitch can be hired as either a half or whole pitch and is equipped with goal posts to suit both sizes of the layout. Each section is suitable for either football or hockey, and floodlit during the evening and winter months.

Grass Pitches
We have three grass pitches in total. Two of which are marked out with full size football pitches including goals during the football season from September to May. The third pitch is marked out with one 9 a side pitch (no goals). The pitches can be hired out for the season as a team ‘home’ pitch.

Gym C
The gym is suitable for indoor ball games and general ‘work outs’. The side walls have practice nets and wall bars, and marked out for Basketball, mini basketball and Badminton. Size 22m x 11m

Main Hall (Hall A)
The hall is suitable for performances, meetings and events. It has a capacity of approximately 250 people in theatre style. It is equipped with a stage, PA system, theatre lighting and projector facilities for presentations/films.

Large Dance Studio
The dance studio is equipped with a treated floor and large mobile mirrors. It is suitable for a group of approximately 30 people.

Small Dance Studio
The dance studio is equipped with a large mirrored wall and is suitable for a group of approximately 15 people.

Drama Studio
The drama studio is a great rehearsal space suitable for a group of approximately 24 people.

Classrooms
Some of the classrooms may also be available for hire by special arrangement.

(Scroll right to see all data.)

To enquire about a letting please email: lettings@earls.dudley.sch.uk or download our lettings application pack below.